AREDS2 results are out

News Viteyes AREDS2 results are out 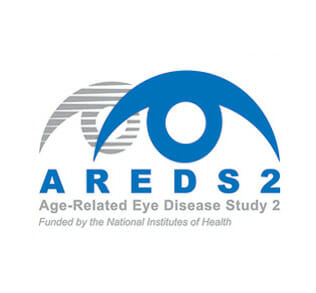 The long-anticipated Age-Related Eye Disease part 2 (AREDS 2) results were announced at ARVO (Association for Research in Vision and Ophthalmology) in Seattle on May 5th. This complex study began in 2006 and included 4203 participants and 82 clinics through the United States. It was designed to find out the best combination of vitamins, minerals and carotenoids to delay the progression of Age-related Macular Degeneration (AMD), currently the leading cause of sight loss in the developed world.

‘’Long-term use of AREDS supplements appears safe and protective against advanced AMD,” said Dr Emily Chew who led the study. “While zinc is an important component of the AREDS formulation, based on evidence from AREDS2 it is unclear how much zinc is necessary. Omega-3 fatty acids and beta-carotene clearly do not reduce the risk of progression to advanced AMD; however, adding lutein and zeaxanthin in place of beta-carotene may further improve the formulation.”

This gives clear advice to those diagnosed with AMD and their families which ingredients and importantly which exact doses to look for when choosing a supplement to take. There are many supplements on sale that claim to improve symptoms but they simply do not have enough of or even the right ingredients in.

This formula contains the original AREDS formula removing beta-carotene and adding 10mg of lutein and 2mg of zeaxanthin.

The Macular Society estimates that 40,000 new cases of AMD are being diagnosed every year. We urge everyone to check the supplement they are taking matches the ingredients above. If it doesn’t, they can ask their prescriber to change it.

The most surprising result was that adding omega 3 oils did not delay the progression of AMD when added to the formulation used in the original AREDS trial. The new AREDS2 study also looked at adding natural anti-oxidants lutein and zeaxanthin, removing the anti-oxidant beta-carotene and lowering the zinc content.